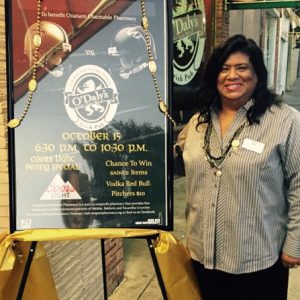 Shearie Archer has been with Ozanam Charitable Pharmacy since 2008. Under Shearie leadership Ozanam has moved to a new location, developed various programs like Medication Therapy Manager. She is a current Board of Director of United Way of Southwest Alabama, Alabama Free and Charitable Clinics and the newly national formed CharitablePharmacy.org and President of United Way Executive Council. In 2012, Shearie was recognized as Best Mobilian Right Now by Lagniappe. Shearie is a member of Mobile United Leadership, Class 2006. Mrs. Archer is a Mobile native and a graduate of the University of Montevallo. She and her husband Lewis have one daughter, Alexis.
Email Shearie Archer 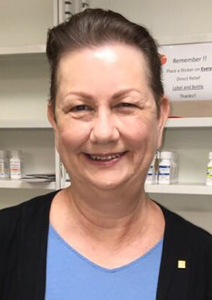 Annie Daniels has been with Ozanam since 2001. As Chief Pharmacist, Annie has supervised the move of the pharmacy twice and has served as a preceptor for 4th year pharmacy students from the Auburn University Harrison School of Pharmacy. Annie is a native of Decatur, Alabama and is a graduate of the Auburn University Harrison School of Pharmacy. She and her husband Mike have two sons, Michael and Jonathan. 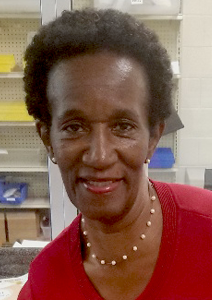 Washington County Outreach
Viletta Beck has served as a pharmacy technician for the past two years, and is the Outreach Coordinator for Ozanam’s Washington County area. She is an alumna of Bishop State Community College, the University of Mobile and Cambridge University. She is the mother of one daughter and three sons. 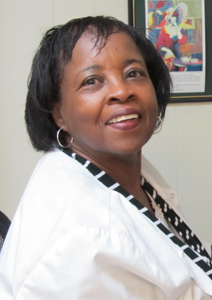 Theresa Parham came out of retirement to join Ozanam as a PRN pharmacist to assist Pharmacists Annie Daniels and Clifton Shaw with the ever increasing amount of prescriptions. Theresa is a native of Prichard, Al and a 1973 graduate of Florida A&M University. She returned to Mobile in 2010 to work for Hunts and Lincoln Pharmacies, specializing in Medication Therapy Management. After retiring in 2015, she hosted neighborhood health fairs and networked with other pharmacists to join her. Theresa views her work at Ozanam as a chance to continue to serve those who need it most. 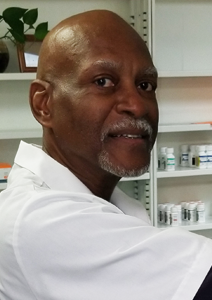 Clifton E. Shaw, DPH, a native of Clarksdale, MS, has been a pharmacist with Ozanam for the past 12 years.  He has been a most valuable member of the Ozanam family and continues to be an active participant in the organization’s growth and outstanding service to thousands of our patients. He earned his education at the Xavier University School of Pharmacy in New Orleans. Clifton has been happily married for 47 years, and has three children and five grandchildren. 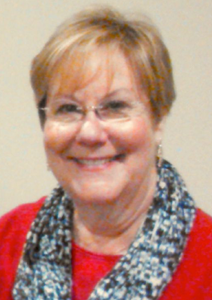 Judy Kramer has been with Ozanam since 2008. She moved to Mobile from Greenville, South Carolina where she was a Program Manager for Greenville Literacy Association, a nonprofit organization. Prior to that, she taught basic skills and GED classes at community colleges and industries in the Greenville area. Judy holds a bachelor’s degree from the University of Dayton and a Master’s from West Virginia University. She has 3 adult sons and four grandchildren.
Email Judy Kramer 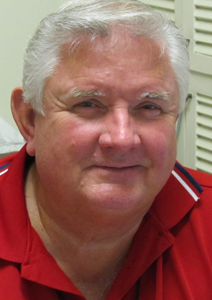 Doug Cook came to Ozanam in March of 2016 through the Goodwill/Easter Seals Senior Community Service Employment Program. He moved to Patient Relations Manager in July, 2016. Doug oversees the recertification of Ozanam’s patients and the operation of the patient service area. He is originally from Greensboro, AL. He and his wife Paula have 3 children, Colette, Alan and Landon and 8 grandchildren.
Email Doug Cook 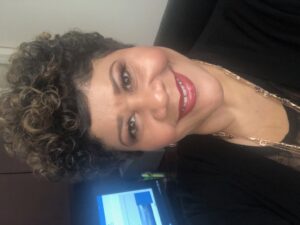 Yvette E. Chestang is a professional public relations and event specialist, fundraiser, and professional voice talent. For the past 20 years she has assisted non-profit organizations with promotional campaigns, events, fundraisers, and community outreach programs. In 2014, Chestang relocated to Mobile from Falls Church, Virginia, and has become an active servant leader, serving on various local boards and committees throughout the Mobile community. She is also a Visit Mobile Official Tourism Ambassador and a graduate of Mobile United’s Leadership Mobile Class of 2018. Chestang holds a bachelor’s degree in communications from Wayne State University in Detroit, Michigan.
Email Yvette E. Chestang